Christ is my Redoubt 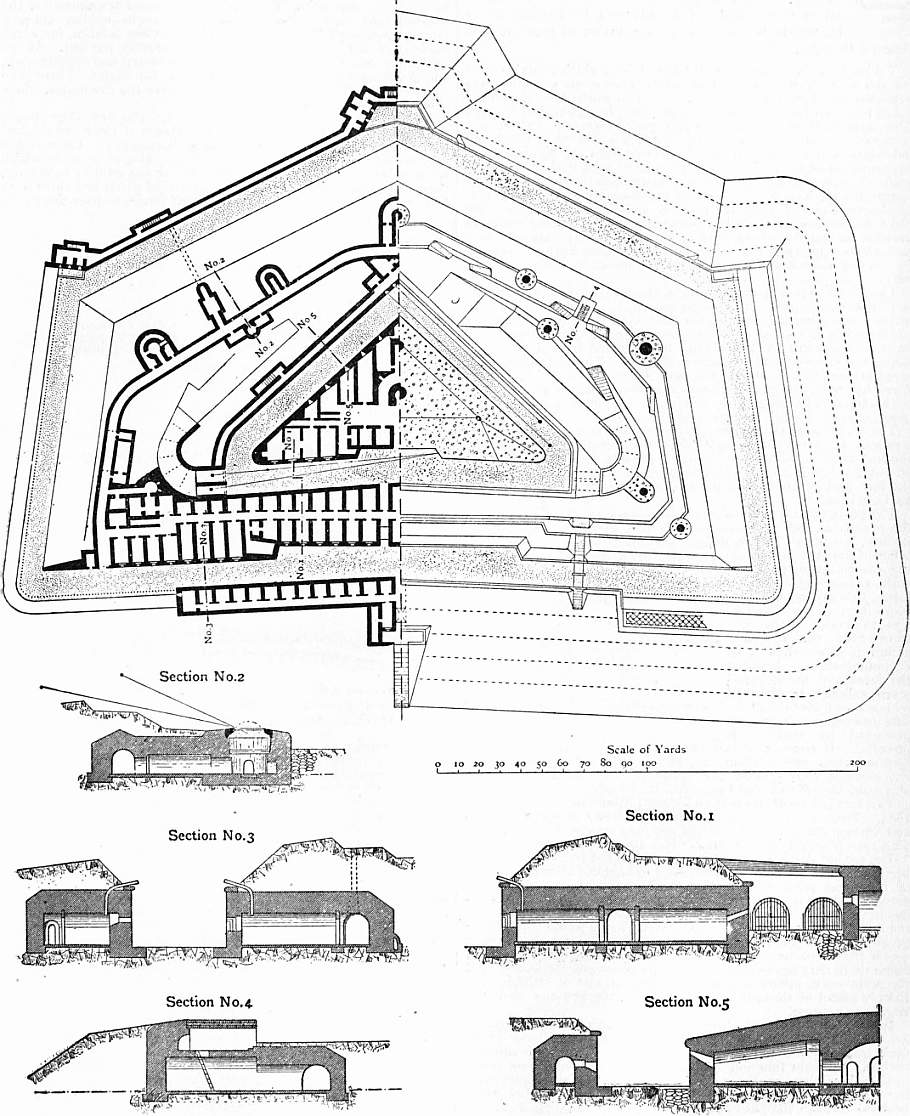 The recent scrambling  in conservative circles to take positions online that will be protected from, or at least resistant to, censorship has had me thinking.

Everyone knows in their hearts that people shouldn’t be punished for their thoughts, even if these thoughts are 'wrong'. The question of when to take action against a perceived opponent is where our issue comes in.

The bulk of people who would typically be labeled ‘conservative’ have been tending to wait until the negative effects of an idea begin to surface, then utter warnings and pleas for moderation long before any action is taken to quash the idea, if any action is taken at all.

Lately, those who we label ‘liberals’ have been calling for preemptive action against not just the effects of conservative ideals, but to put a lid on the ideas themselves - disallowing their dissemination at all. This is where we have a problem.

Now there is a world of information and thought that surrounds the statements above. From a religious standpoint, one wonders if ‘liberals’ might have a good thing going here, just from the wrong side of the spectrum. What is freedom? Who deserves it? Is my freedom more important than yours? Can they even coexist when we fundamentally disagree on almost everything under the sun?

These are all things to be tackled, but if I don’t boil thoughts down for the purposes of today, we won’t get anywhere.

So for the sake of brevity let’s say that all ideas shall be allowed to be expressed verbally and shared with people of like mind without being censored, regardless of their perception as evil by any faction.

This of course doesn’t bear out in practice, but we need a rule to continue.

If we could leave it at that, the only question left is that of dominance - whose ideologies win out when presented in the marketplace on equal ground? Ideologies clash in the ring, and theoretically the audience goes home accepting that the winner is the one who they saw win.

I think this is the way most people assume the world works. Unfortunately, it’s not.

Outcomes are disputed, goalposts are moved, and rules of engagement and play are redefined to cast winners and losers in new lights. The resulting chaos is what our western, and perhaps global, society is now dealing with.

It looks like a red dawn for conservatives, and especially conservative religious people, as we are currently in a place where their ideals are being labeled as violent and dangerous in themselves, with calls for vectors of dissemination to be restricted ‘for the good of all’.

I fully recognize that ‘conservatives’ have in the past pushed similar authoritarian measures, resulting in physical violence and other negative effects. Let’s acknowledge that such response violates the rules of engagement I mention above, then get back to today’s message.

If you are not conservative, or not Christian, and reading this, feel free to flip the positions in your mind so that you are not cast as the invader but as the defender. While I don’t believe this stance ultimately works out with what I’m outlining today, it’s certainly a way for you to ensure you understand my perspective.

As a religious person, a Christian, I perceive that the outer walls have been breached. ‘My’ media no longer portrays heroes (generally). ‘My’ books include everyone and everything except religious notions of purity. ‘My’ education is in the process of reframing the past to generate new ideological victors in the present. If my voice grows loud enough, and I say something that disagrees with the zeitgeist (or at least the very vocal and empowered portion of it), I will be harassed and potentially shut down. If the angry spirit of censorship continues to gain momentum, I might even be physically harmed.

I can try to hold the line before a breached wall, as compatriots to the right and left are incapacitated, captured or killed. Some will desert, others defect. With only one man’s firepower, it’s an untenable position.

Defection and deference are right out. Bowing to the opposing faction means relinquishing my deeply held beliefs, abandoning my identity, and more importantly, the Truth.

Retreat gets a bad rap, but a mode of retreat is exactly what’s called for.

A redoubt, if you aren't familiar, is a temporary or backup fortification, one of the uses of which would be to fall back to should the outer wall fail. Note that there may also be a Keep to flee to, as well as the Catacombs. I don’t think we’re there yet, but of course things move quickly sometimes…

In any case, you are starting to see my premise.

If I am a conservative without Christ, then my redoubt is made of the same material and design as my outer wall, but more hastily and less sturdy.

With Him, my redoubt offers real hope.

As I fall back from the breached outer wall, I see the debris of what’s fallen - pseudo Christianity, warm fuzzies without the acknowledgement of sin. Messages of Love and Hope and Goodwill, without mention of Who bleeds love, promises hope, or offers goodwill. Media that proclaims heroism and virtue, but portrays nationalism and patriotism as their ultimate forms rather than holiness and dedication to the Gospel.

The examples are too countless to name, but you get the idea.

At the Redoubt, a structure not made by human hands, each beam and stone has been placed with care and precision. It’s actually stronger than the ancient outer wall. Sin cannot rot the wood, and weeping can’t erode the stone. The warriors stationed there are mightier than those from the parapet. Paladins who refused to take their stand on a battlement they knew was weakened from the start.

All the strength and security of the fallback structure come from the presence of the Messiah. Picture fleeing from demons into the mane of Aslan. Relief, safety, and renewed vigor wash over you.

The only way the Redoubt will not stand is if He Himself calls for further retreat, or if His Spirit is made unwelcome by defections and compromise.

Then there is the Keep.

And only once all who are destined for it have been reduced to dry bones will the fortress be taken. Even then, it’s only for a little while.

Make no mistake, this will happen.

Revelation 13:7 speaks of the beast: “He  was given power to make war against the saints and to conquer them. And he was given authority over every tribe, people, language and nation.”
But it won’t be the end, for “This calls for patient endurance and faithfulness on the part of the saints.”

We’ll stand for as long as we can, sharing the Gospel and calling out sin, trying desperately to save as many souls as can be saved, but we won’t end the war.

Only the Sword from His Mouth can do that, and it will.

So the Redoubt is established as a viable, and perhaps paradoxically superior, position.

What does it mean to make a stand there?

For me it means that I am not just an author. I am a Christian Author. If I say or write something that is taken as violent wrongthink, the target of ire becomes the identity I proclaim. I am armored in Christ.

When I make a moral judgement as to how to manage my family, it’s not because of my ‘conservative ideals’, but because of my religious, specifically Christian, beliefs.

If someone demands that I dedicate my craft, mind, or body to things that are socially acceptable but evil to me, my refusal stems from these parts of me being dedicated to Him, unable to be released from Holy Servitude. I cannot bow to the golden statue because it would betray my God.

Stand taken, an opponent’s only recourse is to attack the Redoubt itself, which cannot fall until Christ allows it to. This is a bold, loud act that requires unmasking at least and violence at most.

He who assaults the structure of the Redoubt attacks Christ Himself and cannot succeed until the retreat is called.

My hope comes down to one simple thing that envelopes all my efforts: confess the Messiah.

Now, Christ as General may order me to step out of safety to save the injured or lost, or even to get behind enemy lines and collect defectors. While in the line of danger, I may be harmed. The armor of God will do its work too, but I won’t shirk the duty before me in fear of an arrow to the eye.

Further, we may yet retake the outer wall, repair the breach, and even expand the fortress grounds.

It’s possible that a Christ-oriented society will persist in some form for two thousand more years. Who are we to guess?

In the meantime, as demons wail against holiness and call evil things good, I believe we should regroup at the Redoubt and keep doing the work we’ve been called to do. Abandon the compromised outer wall, but watch for the opportunity to restore and improve it. And as you regroup with your compatriots, be certain that the redoubt you adopt is built on rock and not sand.

Do your work well, refine it and purify it for Him, and don’t let fear of attack or defeat paralyze you in your mission.

Revelation 19:11
11And I saw heaven opened, and behold a white horse; and he that sat upon him was called Faithful and True, and in righteousness he doth judge and make war.
12His eyes were as a flame of fire, and on his head were many crowns; and he had a name written, that no man knew, but he himself.
13And he was clothed with a vesture dipped in blood: and his name is called The Word of God. 14And the armies which were in heaven followed him upon white horses, clothed in fine linen, white and clean.
15And out of his mouth goeth a sharp sword, that with it he should smite the nations: and he shall rule them with a rod of iron: and he treadeth the winepress of the fierceness and wrath of Almighty God.
16And he hath on his vesture and on his thigh a name written, KING OF KINGS, AND LORD OF LORDS.
at January 28, 2021