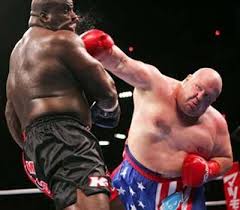 While we are often off-put by people with overly aggressive natures, there is no denying that these people typically control the room, platform or story they are in.

We saw this just last night (9/29/20) in the very unusual presidential debate. Trump came out swinging, badgering Biden, interrupting the moderator and generally asserting his dominance in the room. Whatever you think of the politics involved, whatever your expectations of decorum in a debate, and whether your mind was changed on any particular 'talking' point, I would have to say that Trump owned the room.

He pushed his narrative forward by being verbally aggressive.

I have been sort of reluctantly watching season 2 of The Boys on Amazon. It's hard for me to resist Superhero fiction made with any level of quality, and even when I know 'grey' characters aren't ever going to turn it around, there's a part of me that still watches in hope. Beyond that I still enjoy studying the craft of screenwriting and narrative.

Anyhow, one thing that I've noticed is that despite a shifting focus between several characters - Hughie, Frenchie, The Deep, Starlight, Homelander, Butcher - only a few come across as satisfying protagonists. I find myself far more interested in Homelander, Stormfront (even though she's not getting any tight POV) and to a lesser extent, Butcher.

Guess what these characters have in common? Aggression. One old adage holds that the more aggressive party will usually win the fight. For our purposes, said party will drive the plot (and strike the audience as more intriguing).

Hughie's back to being a pushover most of the time, The Deep's in an existential crisis, Starlight is trapped and mostly reactive, and Frenchie's just simping full time.

Homelander and Stormfront (and again, to a lesser extent Butcher) are actively seeking their goals, and doing so aggressively. The other stories are mostly filler for me, making this pair the primary protag and antag respectively in my eyes.

So both of these were negatively-oriented examples of protagonistic aggression, but the principles apply to all characters. Aggression doesn't always have to be verbal or physical.

One can aggressively court a love interest, or pursue a scientific breakthrough, or stand up for what's right in court. You could simply call it being proactive, but I'd argue that shifting from 'merely' proactive to fully aggressive ups the energy of a situation.

Not to toot my own horn, but I think that I succeeded in this myself with my current line up of heroes. All are motivated by a hatred of evil. Pierce from Hero's Metal is further energized by his adrenaline addiction. Jon is desperate to find atonement. Jack has a fierce dedication to the Godly aspect of Justice. All of their passions help me to show them pursuing their goals quite aggressively, so that they are never stuck in a reactive state.

This motion creates a wake that supporting characters can ride in or pull tricks off of - they can be the ones to react. And all of it together really helps to keep the conflict in view and the narrative in motion.

Thus, when I write, read, or watch, I will continue to seek aggressive (remember that this doesn't necessarily mean violent) protagonists. I'm done with passives and characters who have to learn to 'come out of their shell', at least for a little while.

This was all sort of off the cuff, so let me know what you think and help me refine my doctrine of protagonistic agression!