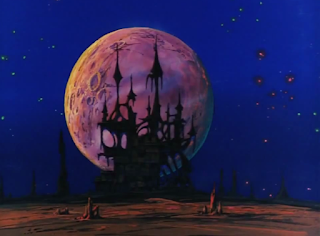 This piece is at the intersection of a few different calls to action. Jon Parker at The Indie Space has challenged us to write a non-fiction blog post, and a loose clique of Gen Y indie authors was recently talking about our duty to preserve the memory of a Time Before the Internet. There were a few tweets and other blog posts about these matters and if I can find them again I’ll link them.

But what I’m really here for is the response.

Growing up in the American 80s and early 90s really was a magical thing. We had all the profit of the preceding decades and a relatively long peace that seems to have gone at least a little deeper than the surface. Even the Gulf War was just a blip if you were a (non-military) kid. There was a hope for the future right alongside a celebration of the present, like we knew we were at a high point but also had our eyes peeled for the next rise.

We had the coolest video games in history, building toward classics that will stand for hundreds of years, barring collapse. We had the best toys ever made - crafted for maximum childlike engagement and not to be hoarded in boxes.

Though I realize not everyone had it good - that’s statistically impossible - our parents had stable jobs from their twenties and there was every reason to believe we’d live out our lives much like them.

I could continue to recollect the era in these broad terms, but the aforementioned bloggers have already done so and more. Instead, let me tell you the story of a Gen Y Halloween.

I woke up to the bright yellow ceiling light my Dad loved to use for my alarm. I turned over and covered my head with the blanket but he kept saying my name. Eventually he’d tire, gaining me five precious minutes more in bed. Then I remembered what day it was and shot to my feet!

My costume was already laid out on the leather recliner we got at the used shop. I’d had to make sure the night before that everything was good to go. I glanced up. My closet stuck out from the wall instead of sinking in. That left a wide shelf up top, upon which sat the old bike I won at age 5 for being the most adorable bumblebee at the mall. I probably wasn’t gonna win any awards with my fuzzy ghost mask and sheet but I didn’t care. The star of the show for me was the plastic battleaxe I’d convinced Mom to get. I’d be able to carry it around indiscriminately today, and afterwards me and Germ could use it when we played ‘Mario’.

I wasted time in the shower, pretending to be Godzilla. Maybe I’d figure out how to dress up as him someday! Seemed complicated though.

After corn flakes and orange juice I chugged a glass from the water cooler, then headed back to my room to become a ghost. I donned my sheet and mask. British Knight hitops laced up, I pronounced myself ready for the day. There was a short span of time waiting for my parents to be ready, so I watched the loop on Dad’s weather channel and enjoyed the opening lines of Rhapsody in Blue over that one airline commercial. Fly the friendly skies.

Finally ready, we piled into Dad’s Bronco II. He checked to make sure I didn't have any food - I had stuffed unchewed chiclets from a Baskin Robbins bubble gum ice cream between the cushions one time and I think it scarred him for life.

I watched the light poles go by until we hit the freeway, wishing I was allowed to bring my GameBoy to school. The adults were probably right about this one though - someone would certainly steal it. Maybe Joel.

My school was across town - I only got to go there because Mom taught there. The barren mountains receded behind us as we headed down to the river valley. Dad’s cigarette smoke almost covered up the smell of the open irrigation ditches by the river, but not quite. I pulled my shirt over my nose so all I could smell was myself. Dad dropped us off and left for his school. We’d only brought one car that day because we wouldn’t be going home between work and the festivities.

This time Halloween was on a Friday - the best of all worlds. Mrs. Townsend would let us screw around all day, everyone would bring candy, and we'd all be dressed up. A rare day off for good behavior in what otherwise felt like kid prison. Don’t get me wrong, I’d had some cool teachers, but every one of us knew what that place really was. This day, we'd forget about it for a while.

There were a few other fun days at school - last day before Christmas, last day before summer - but dress up day was the best. The school was transformed with bats and cobwebs, crawling with bloody-toothed vampires and werewolves, more ghosts and lots of attempts at all our favorite cartoon characters.

Mike was a Ninja Turtle, but he chose Raph despite all our protests. Daniel came as Inspector Gadget, which we all called a baby show in public but still watched on the sly. At least he had a cool trench coat. The person I was really looking out for was Ruth.

She came in, almost late, stealing my breath away. She’d dressed as an Indian. I couldn’t believe her parents had let her wear all that makeup, even lipstick! I asked her what tribe and she said Tigua. I’d been to the restaurant before - awesome flautas - but I didn’t know much about them, so I just said cool.

The day was a blur of candy and board games. My fuzzy ghost mask got dirty outside after lunch but Mrs. Townsend helped me clean it up. At one point they announced that Ruth had won the costume contest, but I didn’t know when we’d competed or been judged. Didn’t matter - she deserved it.

Dad picked us up at last and we stopped off at McDonald’s for an early dinner. The happy meal was a little small for me but at least it had a toy. Part of me wanted to dive into the ball pit but Mom said I was too big now.

We ended up having to swing by home after all. Mom said the news said that Satanists were roaming neighborhoods for black pets. My Precious was a black lab, so there was no way we were leaving her in the backyard for those freaks, even though she’d probably poop inside.

It always took us longer at home than my parents said it would, so I managed to get in a few levels on Mario 3 while I waited. Then we were off to Germ’s house.

Both our neighborhoods were on the same side of town, and both were good for trick-or-treating, but Germ’s dad had gone all out on decorations this year and he wanted us to see.

We pulled up under the oak at the corner of their yard and I peeked over the stone and wrought iron fence. Germ’s dad had set up a whole graveyard, complete with zombie corpses and hands reaching out of the graves. Germ’s mom was already outside with the bowls of candy, dressed to the nines as a wicked witch.

Germ met me outside and complimented my axe. He was a vampire again this year, but he’d strapped a plastic rapier to his belt for good measure. We went to the basement to play while the parents did parent stuff. Germ had rented Star Tropics, which turned out to be cool, even though I thought it was weird at first. We took turns passing sections of the game until the folks called us upstairs to eat. Pizza, of course.

Me and Germ got in a little bit of ‘Mario’ in our costumes while everyone waited for night to fall. We had to stick to the narrow side yard though, because Germ’s dad didn’t want us to mess up the graveyard. Once we tired of slaying Goombas and Shyguys with our weapons we went back to the porch to beg for candy. The witch gave us a few bonus pieces and told us not to tell.

We laughed as the other kids started coming around, falling prey to Germ’s zombie dad, who lay prone behind a gravestone, blanketed in fake smoke, snatching at people’s ankles. Everyone screamed, without fail. After a bit of helping the witch to pass out candy, it was our turn to roam the neighborhood.

We made out good that night. More than one house was doing whole candy bars, and I was glad we’d come to Germ’s neighborhood rather than mine. Once again I counted my blessings when we wrapped up the circuit and hadn’t been attacked by bullies or strangers like in the movies.

Mom told us to check our candy for holes and razorblades, but every last piece passed the test of purity and we were able to dig in. We dug into the candy and played some more Star Tropics, and before I knew it, it was time to go.

Precious was alive when we got home, and she hadn’t pooped after all. Mom took my costume pieces and I lay my new battleaxe up against the wall - near at hand in case of threats in the night. I was sent to bed but it wasn’t long before my parents turned out all the lights and turned in themselves.

I turned on my little Sharp TV and held the volume down just in case some commercial came out blaring. I flipped the channels, munching on a whole Snickers, and caught the end of Predator on TBS. I was about to flip onward when something came on that I’d never seen before. It was a cartoon but something about it looked different.

A dark castle in front of a bloody sky. Some girl with braided pigtails and a rifle? She’s chasing a monster and blows its head off, splattering blood everywhere! I could hear Mom’s voice saying ‘this is yucky’ but there was no way I was changing the channel.

A werewolf eats the girl’s horse and freaking Dracula appears! Is this a Castlevania cartoon I never knew about? But then the title screen pops up - Vampire Hunter D.

I prayed my folks wouldn’t randomly wake up because I’d die if I missed this. What a great way to end Halloween.

If you're in the mood for something with a little Castlevania in it, check out How Black the Sky today! Book II coming soon. 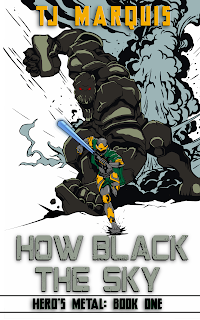