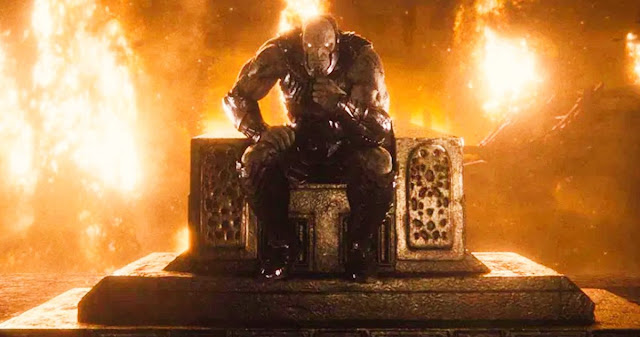 I was walking past the TV store window and the Snyder Cut just happened to be playing, so I dutifully stood there for four hours and watched it in its entirety.

Here are my thoughts in brief.

First off, I think the film is notable for its unusual nature - that of a cut not simply released due to demand, but finished and probably iterated on in response to that demand. If this has happened before with a film, I am not aware of it. Viewing the product was at the least a curiosity.

My experience with AAA games brings to mind some issues that could arise from this practice, but that’s something we might tackle later on.

If you find yourself asking whether the effort put into this rerelease was worth it, I would have to say yes, with a qualifier.

The qualifier is that the millions spent on this massive correction to the record could have been spent on something new and shiny rather than a recut. Alas, I am not the producer, so this notion shall die here.

For what the movie was, it worked.

It made vast improvements on the Whedon cut by setting up each character’s motivations, including - or perhaps especially - our villain’s. While none of these were particularly special or new (Cyborg’s was the best), they provide a flow to the narrative that was previously missing.

Naturally this accounts for a large portion of the increased runtime, which begs the question of whether the thing feels too long.

I am one to enjoy extended cuts. In fact I rather love it when I can find a free day to watch LOTR extended editions all in a row. Thus going in knowing that the movie was going to be mostly crescendo with occasional peaks, my expectations were reasonably set. Really it has a good pace and gains enough momentum so that it doesn’t feel like a slog.

I felt none of the type of mental exhaustion that I might watching something like a Transformers movie, nor was I bored.

So let’s do some quick hits on the high points.

The expansion of Cyborg’s role and story felt the most like new material to me, though to be fair I don’t have a clear recollection of the original cut. I felt for the character and would happily follow him into another adventure.

If I’m not mistaken, Batman’s role in the finale was expanded, and it was great fun to watch. Batfleck looks so solid and burly, it’s just satisfying to watch him (or his CGI double) commit bone-crunching violence against the baddies.

The movie really loves Wonder Woman, almost to the point of cheese, but it treats her respectfully enough and shows her strength with fun visuals.

Steppenwolf was a huge improvement, even shining through my blurry memory of the original. His design is better if not perfect and his action is enjoyably brutal. Again, though his motivations are simple - pleasing his master to regain favor - they help in providing a reason for him to do what he’s doing beyond mere destruction.

The teaser of Darkseid is cool. I appreciated his aura of menace and the depiction of his Omega Beam. But this brings me around to our low points.

At four hours, and with no plans that I’m aware of for a direct sequel to this iteration of the JL, Darkseid should have been brought into full play. We could have edited some of the setup and various other scenes, ditched some of the copious slo-mo, cut the epilogue that felt like a vestigial appendage, and gained enough time to include Darkseid in at most another plot thread (perhaps he’s working at odds with Steppenwolf or about some other villainous business) and at least a second boss fight. He wouldn’t even have to die.

I don’t get the sense that the teaser will actually bear out into a real sequel, so I fear that DC fans will miss out on the resolution of this Darkseid’s plot.

The casting of Flash is not my favorite. I know these movies have a hard time crossing line between TV and Film, but Grant Gustin’s Flash is a great fit (or was last time I watched a few seasons back) and he should have been pulled in for this. He knows the character, people love him. It just makes sense.

Aquaman is still underdeveloped. There is no other solution to this than to have released his movie first.

And of course, Superman is underutilized. Characters like this are very difficult to write into team situations. Captain Marvel suffers the same issue in Avengers Endgame. I have a few characters of my own who need careful management in order to keep from making everyone else on the team irrelevant.

In fact this is a theme in the Arc Legacy.

But needing to perform a macguffin ritual to resurrect him is one of this story’s greatest flaws.

I would have much preferred if his return was more similar to the comics run after his death in the 90s, where he himself takes action and eventually returns. This way we get to see him doing things and still get him coming in as the cavalry charge.

Instead we get a contrived and confusing process involving the motherbox. While this does provide action for Flash and Cyborg, and allows for the ‘Superman is crazy’ fight, I still just don’t think it was worth it.

Finally, despite my overall enjoyment of the viewing experience and the pleasure of seeing a work improved, the film isn’t more than a one-watch movie. The story is too simple to require repeat viewings from someone who remembers plots - if not all the small details - very well. So rent it or buy in the bargain bin, if you buy it at all.

So is it worth your time?

If you feel like sitting down to watch a high-budget superhero epic with the director’s passion for the project on full display, then yes.

If you’re already weary of superheroes or accustomed to the tight writing of MCU films, probably not.

Either one of you will enjoy my novel RawJack of course, in which plucky superheroes take on the elite blood magic practitioners of a society dominated by sorcery. 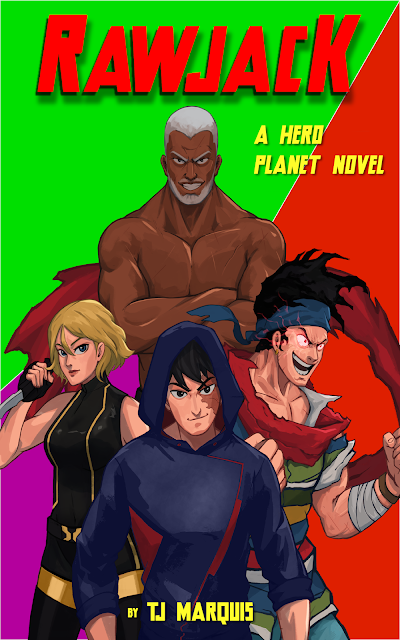