You Don't Need That Big IP -or- DIY Entertainment

The plague of over-exaggerated 'wokeness' continues to ravage long-established and beloved name-brand entertainment from books to movies to shows to vidya to tabletop games.

Stop putting up with it.

Do I mean to fight and critique day and night to keep your corner of the IP the same as it's always been? Not really. You can do that if you like, but I've always preferred the tactic of turning my back on angry fools and doing whatever I want with my toys. They cannot take what you own, and no one can tell you how to play with or otherwise enjoy something in your possession.

It's really the same old situation from one's childhood on a larger scale. Kid is happily playing alone or with friends, creating adventures with their favorite action figures. Bully joins and either tries to take the toys away or dictate how the (previously liberated) game should be played.

Does one try to reason with the bully? Does one attempt a compromise? These things sound nice until one realizes that the bully has no interest in reason or compromise. The bully only wants to control.

Sometimes, the situation devolves into such a toxic state that the only thing left to do is move away and start a new game.

No one may tell you what color to paint your wargaming miniatures. They cannot say whether your game or campaign's morality system is allowed to be good versus evil. They cannot control how you deal with races and interspecies relations.

If you like the miniatures, the rulebooks, the scenarios, the game mechanics or whatever else, use them. If you've got old stuff you like and the new expansions and editions seem to have betrayed the IP's roots, leave that bully behind and season the experience to your taste. The newly conquered IP will eventually either morph into something entirely unrecognizable or the bully will find itself playing alone in a sandbox that is devoid of life and smells vaguely like its own soiled pants.

Meanwhile, you and your friends will be having fun again.

Now these examples apply mostly to gaming situations that you can control, and to a lesser extent written stories. It's a little harder to apply this mindset to video games, TV and film.

To that end I suggest turning more to these DIY entertainment solutions, and seeking out rising stars in low budget production. Find that new kid pouring his hours into flashy and creative YouTube videos, or that guy with the velvety voice who reads short stories over creepy music and strange pictures.

I am one of those, and if you look at my links to other blogs on my main page, you'll find several more. We in the pulp revolution and superversive supra-genre are all of a similar bent, but we're not the only ones working. Find what fits you.

It's time to make something new. You can dive in and be a part of it, or you can support the growing wave of 21st century creativity by buying and reviewing our work.

How Black the Sky is full of heavy metal imagery and has a Masters of the Universe-type vibe. Our heroes fight for the innocent simply because it's right. 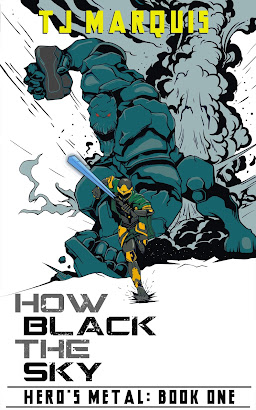 Coming to Power is a reaction to the often reluctant and anti-hero protags in portal fantasy and isekai. Jon wants to be a hero and succeeds. 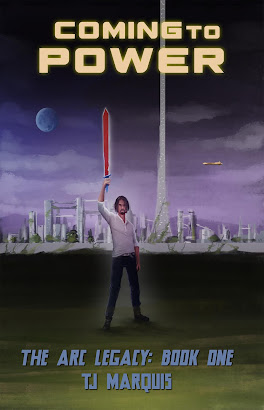 Rawjack is a fast-paced adventure in a fantasy world that's moved into the semi-distant future. The best girl is cute, and our hero is allowed to think so. 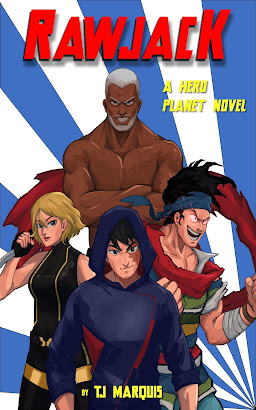